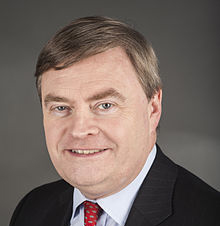 2016 Events, Past
by Peter Barnett
0 Comments

David Campbell Bannerman – “How leaving the EU would benefit the UK”

We were delighted to welcome David Campbell Bannerman. Conservative MEP for the Eastern Counties to Devonshire House on 15.3.16. David was formerly a leading member of UKIP and is a passionate and tireless advocate for leaving the EU. David Campbell Bannerman was educated at Bryanston School, Edinburgh University, and at the Wharton School of the University of Pennsylvania. Before embarking on his career in Politics, David was in Corporate Communications with Allen, Brady & Marsh, Executive Director of Vantagepoint Communications, followed by Communications Director/External Affairs Director of ATOC, before becoming Head of Communications at UBM in 2000.

He was chairman of the Bow Group from 1993 to 1994 and Special Advisor to Sir Patrick Mayhew from 1996 to 1997 while Secretary of State for Norther Ireland. After joining UKIP in 2004, he was appointed as the Party Chairman in December 2005,

In 2009, he was elected to the European Parliament after UKIP won 19.6% of the vote in the East of England region. Bannerman was the main author of UKIP’s 2010 election manifesto. He served as UKIP deputy leader from 2006 until 2010,

David Campbell Bannerman returned to the Conservative Party on 24 May 2011 and now sits as a Conservative MEP in the European Parliament. Since 2014 he has served as chairman of the Parliament’s delegation to Iraq. In 2015 he became co-chairman of a new Eurosceptic pressure group, Conservatives for Britain.

Given the current national pre-occupation with the forthcoming EU Referendum, DHN members had the opportunity of sharing valuable insights – from a closely involved Insider and not from a media commentator – into many aspects of the for and against arguments in what is clearly the most important political decision shared by the entire UK voting population in a generation. The Chatham House Rule applied here.

David’s book – Time to Jump – A positive vision of a Britain OUT of the EU and IN EEA lite is available from Amazon. It is a factual, comprehensive and persuasive account of the case for leaving the EU. It is an important read.