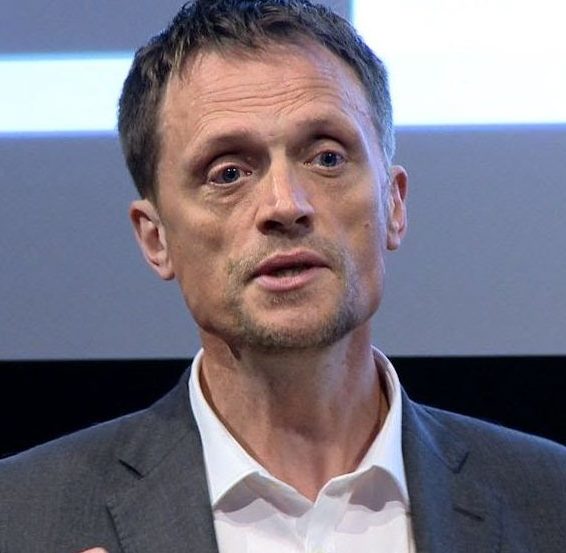 Book Your Place
Become a member for discounted rates

We are delighted that Matthew Taylor, CEO of the Royal Society of Arts will be speaking at Devonshire House on 28.1.20.

In planning this interactive conversation with Matthew Taylor, he thought he’d start off with a 20 minute summary of current thinking about work and people at work. The RSA under Matthew is a leader in this field. This is likely to cover the nature, range and scope of the unprecedented changes that are taking place including what he thinks the line of travel will look like.  Where the work is likely to be; who is going to do it; how you look after, manage, enthuse and reward your people and colleagues will be likely featured in this.  A lot to get into 20 minutes; we all need to listen carefully!

Also listening carefully, will be our expert Panel – Nick Hurley and Emma Bartlett – from Charles Russell Speechlys, our partners in this Event and who are also hosting us. They will be looking and probing into the details, the implications in practical and legal terms and issues seen by them as existential.  They will also be fielding, sharing and debating comments and questions from the audience.  Interactivity is a Devonshire House must-always-do!  The RSA says, we believe in a world where everyone is able to participate in creating a better future, by uniting people and ideas to resolve the challenges of our time.

Centre-stage at this important discussion, will be Matthew Taylors’ highly regarded Report to the Government – Good Work.   Published in December 2018, its impact is now being rolled out. https://assets.publishing.service.gov.uk/government/uploads/system/uploads/attachment_data/file/766167/good-work-plan-command-paper.pdf

Charles Russam of Devonshire House will introduce the discussion and Matthew Taylor.  He will also introduce Nick Hurley and Emma Bartlett and will handover to them after Matthew’s introductory comments.  Nick has form with Devonshire House!  He headed up the Discussion Panel that reviewed Claire Fox’s alarming and controversial new book at that time “I find that Offensive” in March 2017.  Whilst our discussion on 28.1.20 will focus on the work and employment issues created by the Taylor Report, you can’t really get to grips with what is centre-stage without looking at what else is on the stage, in terms of diversity, equality, fairness and best practice.   Those who run businesses need best legal advice – but they also need to work out how to run successful businesses and alongside successful people.

The evening will start with refreshments at 6pm and the Event will be at 6.45pm to 8pm – at which time Charles Russell Speechlys Partner, Robert Thomas,  will  draw the event to a close, in his usual informative and friendly way – and point the way to the food and drink.

The mission of the RSA (Royal Society for the encouragement of Arts, Manufactures and Commerce) is  to enrich society through ideas and action.  Everything that the RSA does is driven by this mission, as they aim to empower more people to apply their creativity to bringing about positive social change.

You can find out more about their work at  www.rsa.org.uk

In 2005, he was appointed by incumbent Prime Minister, Tony Blair s head of the Number 10 Policy Unit. He is a writer, public speaker and broadcaster who has been a panellist on BBC Radio 4’s Moral Maze since 2008. In October 2016, he was appointed Chair of the Review of Modern Employment established by Prime Minister Theresa May and delivered the Taylor Review  report,  Good Work,  which was published in July 2017.  Between 1998 and 2003, Taylor was the Director of the left of centre think tank the Institute for Public Policy Research and in 2003 the Labour Prime Minister,  Tony Blair appointed him head of the Number 10 Policy Unit, giving him the task of drawing up the Labour Party’s manifesto for the May 2005 general election. Following the re-election of the Labour government he became Chief Adviser on Strategy to the Prime Minister. Taylor was involved in several initiatives to engage the public with the political process and played a key role in developing the Labour Party’s “Big Conversation” discussion forums.

He left in 2006 to become Chief Executive of the charity, the  Royal Society of Arts.

Matthew Taylor has been awarded honorary degrees from the universities of Brighton, Northampton and Warwick, and is a visiting professor at  Nottingham Trent University. He has sat on a number of Governmental committees and inquiries on topics including higher education in Wales, the role of elected councillors, innovation in children’s services and spinning out public services as social enterprises. He is a regular panellist on Radio 4’s  Moral Maze, devised and presents the discussion programme,  Agree to Differ, which was first broadcast in 2014, and is an occasional presenter of Analysis.  His opinions pieces have been published in several national newspapers, He writes occasional book reviews for  Management Today  and has contributed extended essays to publications such as  Political Quarterly    and written pamphlets and chapters for a number of books. As well as his annual RSA Chief Executive lecture, he is a regular public speaker on topics including public service reform, social trends and education policy. He has chaired lectures and conferences for many organisations including the RSA,  the Heritage Lottery Fund, Intelligence Squared and the Cabinet Office.

Charles Russell Speechlys is a leading international law firm with 168 partners, a total of 500 lawyers and turns over about £140m.  The firm is headquartered in London with an office network which stretches from the South of England and across Europe, the Middle East and Hong Kong and with relationships and networks extending further – throughout the United States and the Caribbean to Africa and beyond.  Their unusually broad range of skills and experience cover the full spectrum of business and personal needs. gives  them a wider perspective, clear insight and a strongly commercial long-term view and has made them a leader in the world of dynamic growth and family businesses, and among the world’s leading creators and owners of private wealth and their families.  Major corporates and institutions find our more considered and personal approach a refreshing alternative to conventional business law firms.

Robert is a partner in the employment team and also holds responsibility for Data Protection. He specialises in all areas of contentious and non-contentious employment law, often with an international dimension. Robert advises on numerous issues in relation to TUPE, complex redundancies and restructuring, contractual change, senior executive appointments and terminations, sickness management, whistleblowing, equal pay, disciplinarians and grievances.

Nick leads the Employment and Pensions Practice Charles Russell Speechlys.  His practice is in respect of both contentious and non-contentious employment law issues. He has broad experience both in the Employment Tribunals and in the Civil Courts and has conducted cases involving discrimination, whistle blowing and TUPE to name but a few. Nick’s non-contentious experience covers a wide spectrum of work ranging from advising on complex employment documentation, giving strategic advice on reorganisation programmes and all sorts of business transfers.  Nick is a prolific contributor to newspapers and journals, regularly lectures on employment law issues, has appeared on radio and TV and has contributed chapters to a number of books. He is a non-executive Director of the City HR Association and is recognised as a world leading practitioner in Who’s Who Legal.