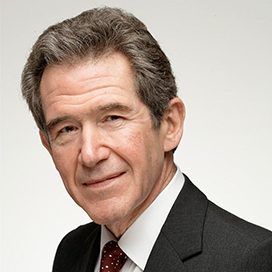 28.11.17 The Lord Browne of Madingley, speaks at Devonshire House

Past
by Charles Russam
0 Comments
Past Events, Upcoming Events As our last Event of 2017, we were delighted to welcome Lord Browne of Madingley to Devonshire House – for what we saw as a fitting finale to a varied and successful year of listening to and debating key issues with national leaders in their fields.

Having discussed with Lord Browne and his team how best to structure his talk – and making the point that what we often appreciate most is the Q&A part – involving less preparation time from our Speakers, Lord Browne chose to format this event as more of an on-stage conversation based on some pre-agreed questions put to him by a facilitator and interspersed with Q&A from the audience. Ian Joseph, Managing Director at Russam GMS was that Facilitator.  Lord Browne’s advisors contend that this works better for events of this nature and allows for greater audience interaction, which they know Lord Browne is keen on.  And this is what happened. This Event was conducted under the Chatham House Rule so we can’t – and won’t report what Lord Browne said – but we can report what he was asked about by Ian Joseph, who so skillfully guided the conversation – and which was based on these questions:-

What Lord Brown said about all this – and more – can be found in his four highly regarded books, being – Seven Elements that have changed the World – The Glass Closet – Beyond Business – Connect.

More info about these brilliant books can be found at – https://www.amazon.co.uk/John-Browne/e/B0034PDJPG.  All are obligatory reading for those who run businesses – or advise others how to – and all of them are for sale on Amazon.  Why not log on and buy them ALL – and NOW!

With about eighty attendees, this was Devonshire House at its best. Lord Browne held the room spellbound. (see photos) It was a fascinating discussion and many of the issues continued to be discussed and debated long after he had left the podium!

Our grateful thanks go to Lord Browne and his team, to our Sponsors – especially to Ian Joseph of Russam GMS for so skilfully guiding the interview and to Robert Thomas of Charles Russell Speechlys for his closing remarks, as well as to Royal Thames Yacht Club for their impressive facilities and delicious buffet supper.